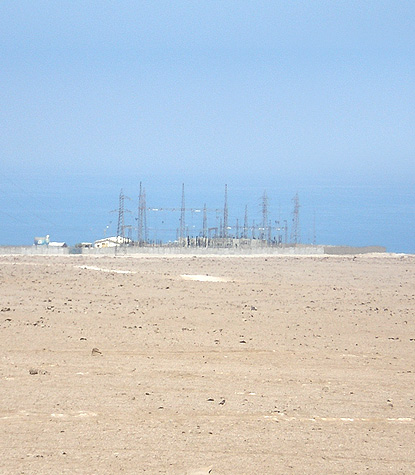 256 MW nominal with the potential to increase to 358 MW

Central Illapa is a 256 MW open cycle greenfield gas fired power development of which Rurelec owns a 100 per cent. interest

Country comparison to the world

Chile has a market-oriented economy characterized by a high level of foreign trade and a reputation for strong financial institutions and sound policy that have given it the strongest sovereign bond rating in South America. Exports account for approximately one-third of GDP, with commodities making up some three-quarters of total exports. Copper alone provides 19% of government revenue.

From 2003 through 2013, real growth averaged almost 5% per year, despite the slight contraction in 2009 that resulted from the global financial crisis. Growth slowed to an estimated 1.4% in 2017. A continued drop in copper prices prompted Chile to experience its third consecutive year of slow growth.

Chile deepened its longstanding commitment to trade liberalization with the signing of a free trade agreement with the US, effective 1 January 2004. Chile has 26 trade agreements covering 60 countries including agreements with the European Union, Mercosur, China, India, South Korea, and Mexico. In May 2010, Chile signed the OECD Convention, becoming the first South American country to join the OECD. In October 2015, Chile signed the Trans-Pacific Partnership trade agreement, which was finalized as the Comprehensive and Progressive Trans-Pacific Partnership (CPTPP) and signed at a ceremony in Chile in March 2018.

As of 31 October 2016, those sovereign wealth funds - kept mostly outside the country and separate from Central Bank reserves - amounted to more than .5 billion. Chile used these funds to finance fiscal stimulus packages during the 2009 economic downturn.

In 2014, then-President Michelle BACHELET introduced tax reforms aimed at delivering her campaign promise to fight inequality and to provide access to education and health care. The reforms are expected to generate additional tax revenues equal to 3% of Chile’s GDP, mostly by increasing corporate tax rates to OECD averages.